Otto Schönbach is an e-activist and an idealist, and he's also a little nuts. Since 2013 he's been promoting sustainability and e-mobility and trying to convince people of the necessary change our societry needs to undergo. He does so by organizing rides, connecting and mobilizing e-drivers, spreading information, and by participating in the biggest Twizy gathering in the world, but most of all by extraordinary actions and breaking records in his Twizy.

Schönbach is confident that the crazier and the more astounding the project, the bigger the chance of making people think. According to him, people are most easily convinced by emotion and joy instead of dry statistics and finger-wagging.

In his electric mini vehicle (that can only go as far as 70 km and has no windows), he has so far travelled to 15 countries, visited the French president at the climate summit in Paris, crested the Stelvio Pass (2800 m), driven underwater for 220 m, and, the temporary highlight, so far he's been the only person in the world who has crossed the Arctic Circle in a Twizy to reach the Northern Cape.

Plenty of special experiences, but also discoveries about the world as such and about himself have reaffirmed Otto Schönbach's commitment to fighting for the right cause. 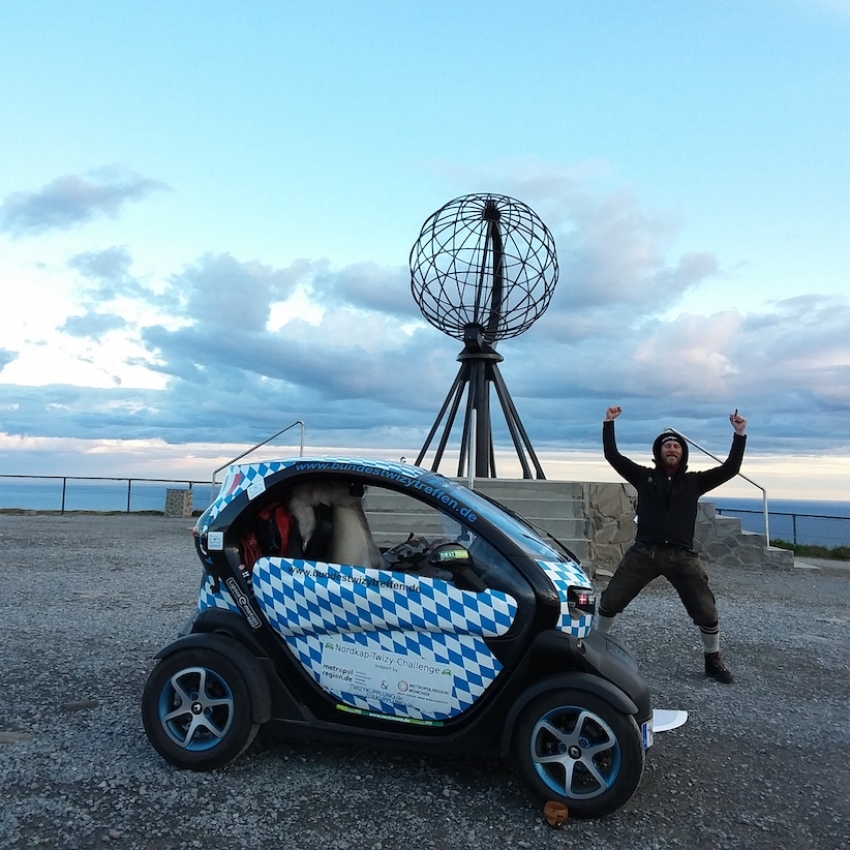