In a multimedia reading, Hamburg-based cartoonist Jens Natter will be presenting his successful comic version of "Schimmelreiter" (The Dykemaster). Visitors can expect a unique presentation of the classic via visual projections, a reading, and a live rendering. He will be accompanied by guitarist Andreas Kampschulte.
Jens Natter has already released several publications on the key subject "Norddeutschland" (Northern Germany). Alongside "Schimmelreiter" (The Dykemaster) as a graphic novel, he has also published a cartoon city guide about Hamburg’s Schanzenviertel and drawn the festival’s wimmelpicture. For his illustrations he has received various awards. At NORDEN Festival, he will operate as quick-cartoonist. Andereas Kampschulte is a teacher based in Hamburg. He is the guitarist of the metal band “Distream“. 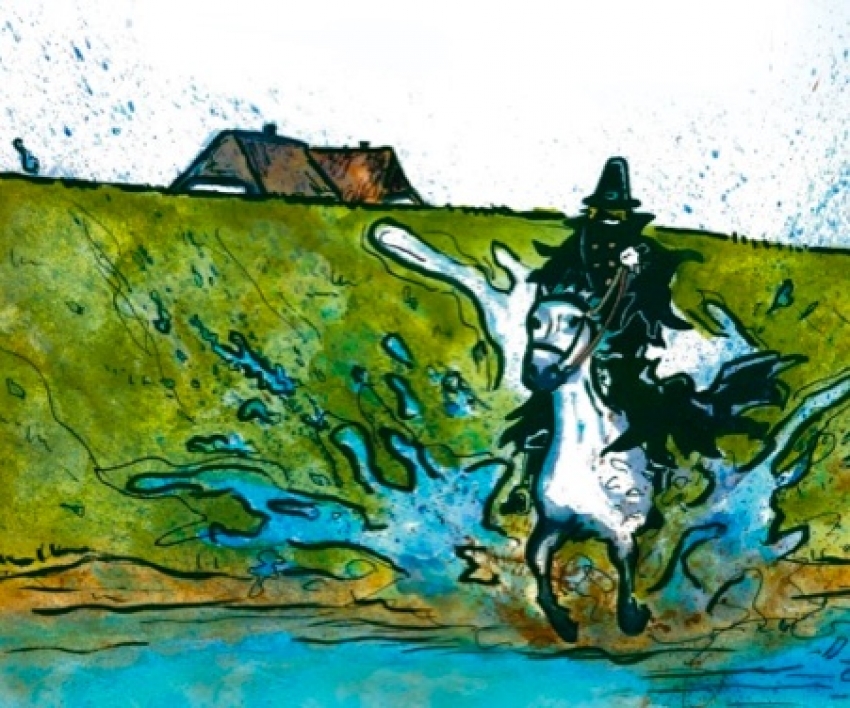