No, we’re nowhere near the Blue Ridge Mountains in Tennessee, where the wild, native soul of country music originates. We are in the middle of Sweden, near the small town of Hammarstrand, where the band Fluru is at home. The Swedish word Fluru means something like shaggy or tousled, like the look of hair after a long, deep slumber – and there’s no better way to describe the essence of this band. Even if their debut album Where The Wild Things Grow contains plenty of virtuosity, musical and technical knowledge as well as numerous tender production details, the honest and original core of their songs always shines through. It seems as if you were listening to raw stories, re-experienced in a dream, scibbled into a notebook after waking, void of self-censorship, then poured into music – Fluru’s version of modern, authentic country music. According to Malin, singer and founder of the band, the songs have to “start organically.“ She has not only found the love of her life, but also the perfect creative partner in her husband Claes, with whom she writes most of the songs. “The words and melodies should come on their own,” she continues, and while Claes is strumming some chords, bent over his beautiful Dreadnought acoustic guitar, the room is covered in such a warm, calm atmosphere that you can’t imagine their songwriting taking place any other way. 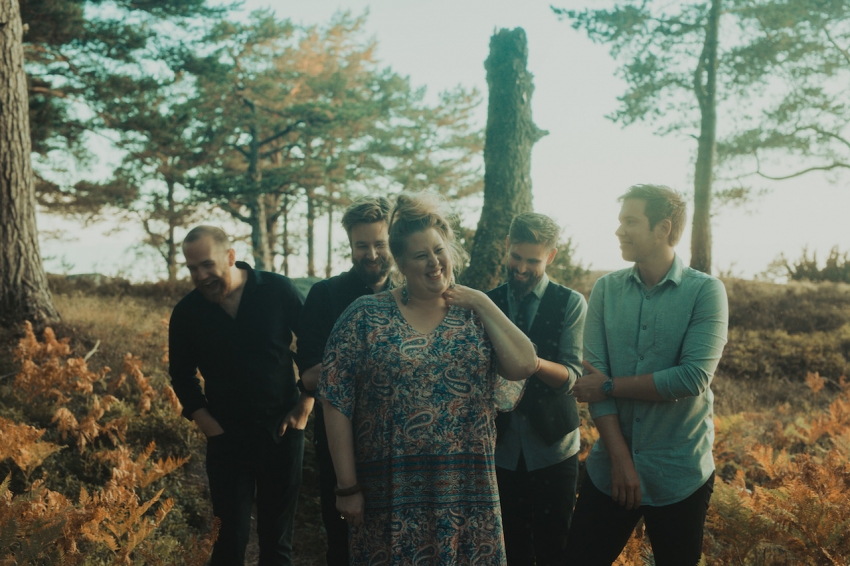