Cats and Dinosaurs is a feminist left-wing swing collective from Gothenburg, Sweden. While their quirky old timey jazz will get every dance floor going, their Swedish political lyrics and punk attitude has secured them a position as the world's most radical swing band. With naive playfulness and bluesy roughness, they honor the jazz pioneers, not by copying them note by note, but by embracing their energy and radical attitude. And being lindy hop dancers themselves, they know exactly what the dancers need.

In 2016, Cats and Dinosaurs released their debut album ”Swing på barrikaderna” (Swing on the barricades) on PACAYA records, which received wide critical acclaim both in Sweden and abroad. Since then, the albums have kept coming, with ”Kapitalismen är en dröm” (Capitalism is a Dream) in 2017 and after a successful crowdfunding campaign their first English album ”The Shape of Swing to Come” in 2018.

Their main reputation however is built on their high-powered live shows, in which songs translating to ”Varning till dom rika” (Warning to the rich), ”Male Privilege”, ”Socialize The Means Of Production!” and ”You Gotta Break What’s Breaking You” are delivered in a surreal mix of vaudeville, sing-a-long and political rally. 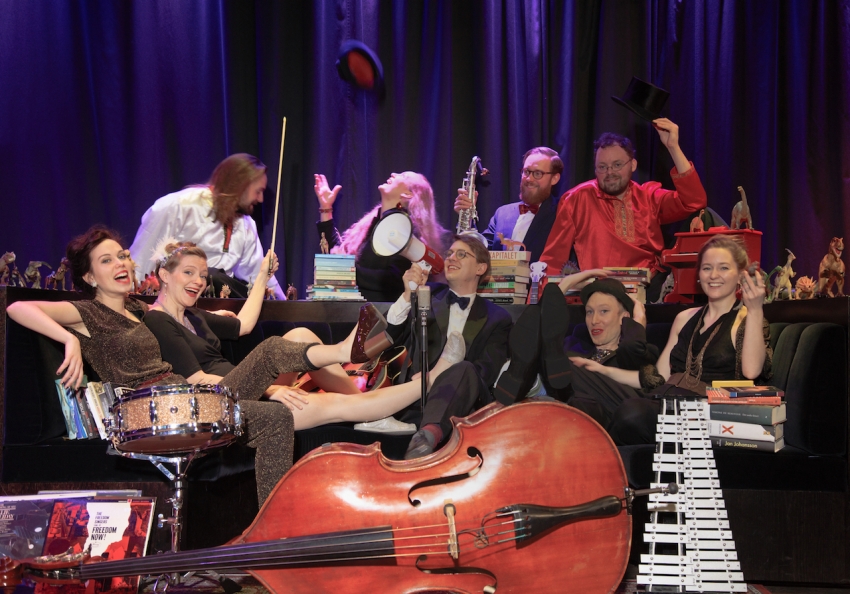