CineMare is on a mission to get people excited about the ocean and manages to do so by screening a selection of short films from its October 2018 edition.

At wintry tempetarures and in typical northern German weather, Piet is preparing his date with Lotte on a levee – but quite a few things are going awry. Will they get their happy ending?

Three ordinary conversations reveal the dreams, hopes, and fears of the creatures existing at the bottom of the food chain.

JOHANNA UNDER THE ICE (Documentary, England, 2016)

After a serious mountain bike accident, Finnish free diver Johanna Nordblad finds her love for cold water and the transparent and perfect silence beneath the ice. For one moment we will join her in a world that is equally constricting and extremely liberating.

A conversation nobody wants to have that instantly changes everything.

Kiel-based stand up paddler, adventurer, and environmental activist Michael Walther visits Greenland's west coast to observe the beauty of nature and the ramifications of climate change.

Environmental pollution has been affecting our oceans for a long time. Once marine animals have to adapt to a polluted environment, the rules for the survival of different species will change. 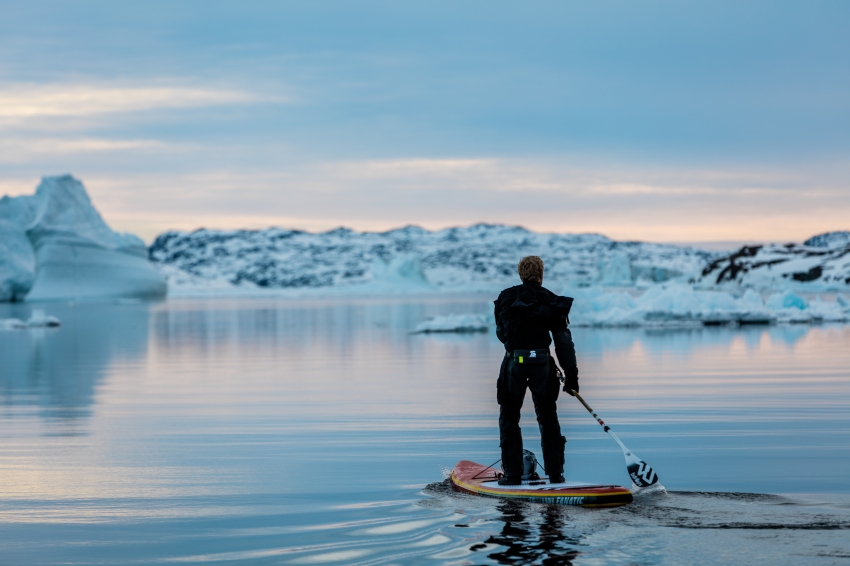