From the woods of northern Sweden, a gang of four guitar-slinging kids bring dancefloor rock back that hasn’t been heard in a decade.

Cold-blooded killer hooks and frenetic energy permeate the band’s sound and pack a punch while exploring topics that are well beyond the band members’ years (death, sex, love, self-detriment).

The band’s debut Trying Your Luck EP came out digitally and on limited edition vinyl 7” in August 2019 and was supported by dates across Europe with rock legends Mando Diao and shows to packed houses in Philadelphia, New Jersey and New York City on their inaugural (and lightning-quick) US jaunt. The release was highly praised by tastemakers such as The World Famous KROQ, Spotify’s Indie Highlights and UK’s Radio X.

2020 kicks off with the tribe making their first visit to the US West Coast for School Night at Bardot during GRAMMY Week before a return to NYC’s legendary Mercury Lounge on the East Coast along with the release of their new single “Talk So Loud”. Tribe Friday’s sophomore EP titled Chasing Pictures follows in March and features four tracks that are bristling with tasty melodies, thought-provoking lyrics and frantic swings from high to low all written, produced and engineered by the band. 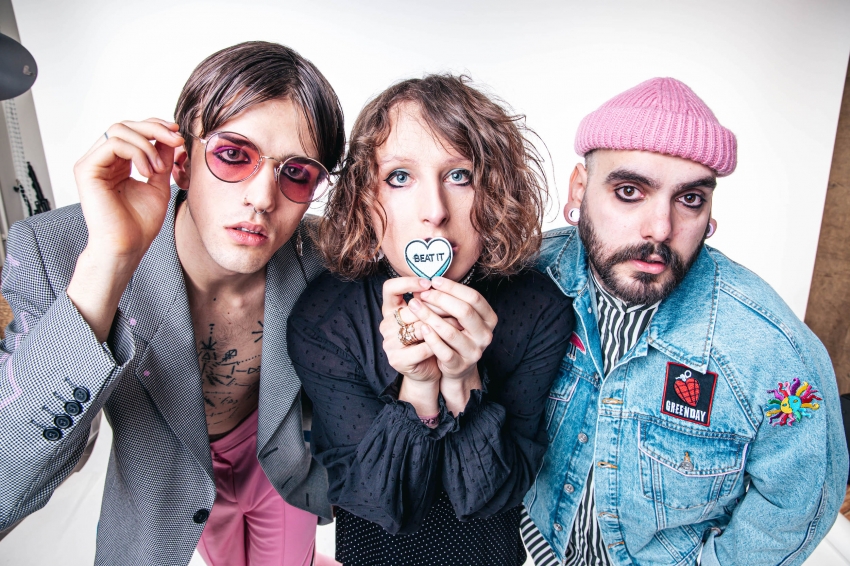