The 19-years old, from Flensburg, tells stories about his adventures around the world in his very unique style.

Born in Bavaria, raised in the USA, the Netherlands, Germany, Italy and even China, he is an unusual young lad as a Swiss/Dane. But even more interesting is his music!

Since the age of 16 he has acquired a sensational guitar style and in combination with his unique rock voice he already reached the finals of "The Voice of Germany" at the age of 18. Followed by a huge tour he already shared the stage with stars like "Jess Glynne", "Michael Patrick Kelly", "Michi & Smudo" and others.

With his abstract way of playing the guitar, he is currently active as a singer/songwriter or also as the frontman of a young and fresh indie band called "Silent Attic".

The year before last the debut album of the band ("Late Night Talks") was released and Eros Atomus himself released 2 acoustic singles, followed by the first worldwide lapstyle EP ("2019"). After another German tour, now an album is coming and much more... 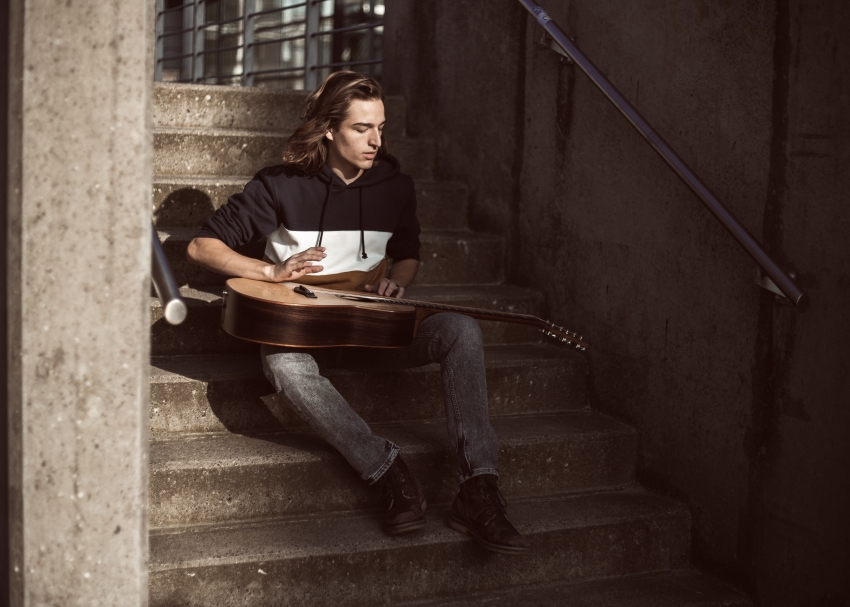