A wild mix of funk, Latin, reggae, jazz and soul!

In 2016, the young band was formed mainly from music students from the cities of Kiel, Hamburg and Lübeck - as a nine-piece and with diverse influences, their music extends far beyond the boundaries of individual genres.

Why limit yourself stylistically when you can party to Cuban rhythms just as well as to funky grooves or Jamaican beats? With soulful vocals, a tight rhythm section and a powerful brass sound, they turn every concert into a summer fiesta.

Through their exotic sound, the energy immediately jumps over to the audience and ensures a sore muscle the next morning... The debut EP "Dawn and Day" was released on 27 December 2019. As usual, the sound is diverse and reminiscent of bands like "The Cat Empire", "Tower of Power" or "Nils Landgren Funk Unit" and was produced by "Die Ärzte" mixer Mirko Schaffer. In the past years, Leo in the Lioncage could be heard on numerous festival and club stages, such as the main stage of the Wilwarin Festival. In addition to their concerts, especially in northern Germany, they were awarded the "Young Culture Prize Kiel" in 2019 and are considered one of the top newcomers in the region. 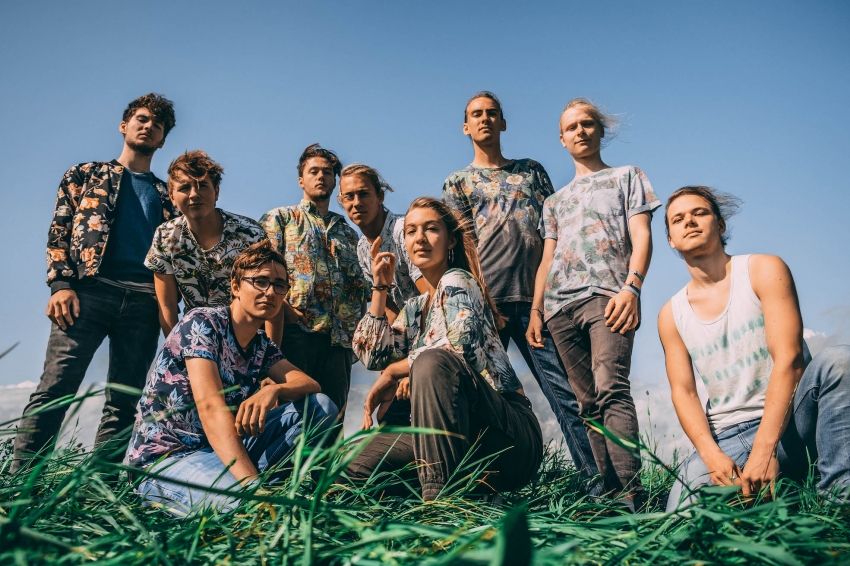