Forgetting is just as important as remembering. Often you even have to forget in order to remember.

Jakobus Durstewitz has painted all his life. It is a way for him to forget reality - an escape into his inner child. When Jakobus paints, he is again the six-year-old who forgets himself in his crayons, paint tubes, paint boxes and brushes. However, at the age of six he could already paint "like a big boy". At least that's what his teachers said at the time. This is what is commonly called giftedness or talent. He would never claim to be gifted himself. He calls it "a versatile interest in various things that you can create". Durstewitz has relatively recently discovered the thing of printing for himself. Since 2019, he has been cutting his harbour pictures into linoleum plates and has built a printing press out of an antique mangle. After 20 years in East Frisia and 25 years in Hamburg, Durstewitz has been painting, fishing, making music and forgetting himself in the Lüneburg Heath since 2015.

He visits our festival with his moped, his printing press and a fishing rod. Maybe he'll also bring a tuba and some flowers.
Then he can hopefully forget about himself for a while in his board shack with us. The main thing is that he doesn't forget to come. 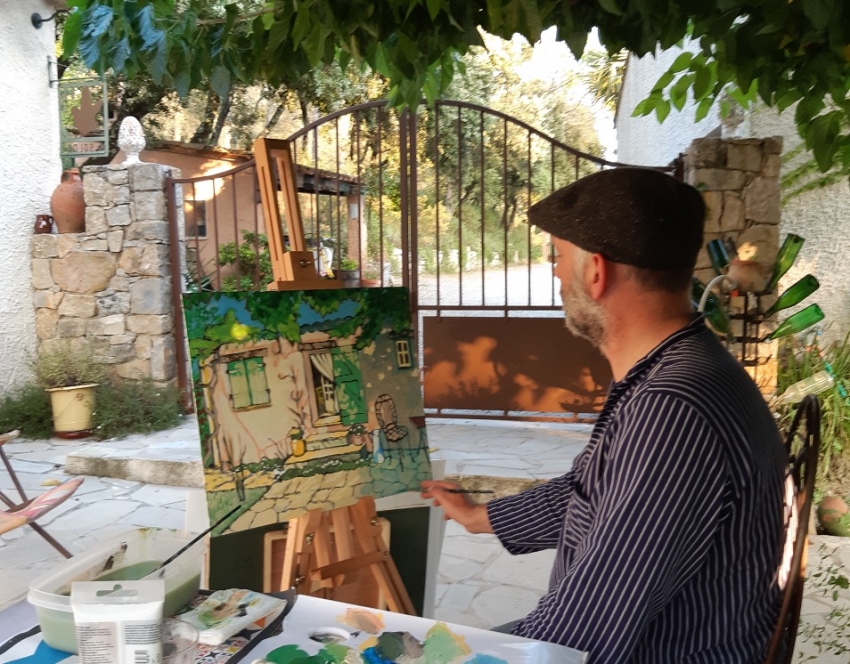