Oliver Lück belongs to the NORDEN, like the Schlei to Schleswig and is again this year a guest at the NORDEN - The Nordic Arts Festival. Now with two of his works.

Was denkt der Ball?
It is kicked, decapitated, caressed and kissed, hated, loved, lost and forgotten. If the ball could talk, it would tell the most amazing stories. Oliver Lück worked as a sports reporter for many years, meeting stars like Lionel Messi and Ronaldo for interviews. At some point, soccer became increasingly boring and the absurd exaggeration of the sport downright embarrassing. With a 15-year gap, the Schleswig-Holstein native has now written a book together with Johannes Schweikle, which will be published in the fall and deals with the really important things about soccer: Was denkt der Ball? It is never asked! At the NORDEN Festival, some of the as yet unpublished stories, including grotesque experiences on the sidelines, will celebrate their premiere! Maradona, Messi, Mario Basler, Uwe Seeler - they will all be there. Round thing, extremely funny. Even for those who don't think soccer is that great. And for everyone else anyway.

"Oliver Lück is a storyteller," says the Lübecker Nachrichten. "Laconic and poetic at the same time," writes the Süddeutsche Zeitung. "This is quite fine humor," says his best buddy Pedi Petersen, "I hope for other people, too." Absolutely! The 49-year-old's appearances at the NORDEN Festival have long been legendary. He belongs to the festival like the Schlei belongs to Schleswig. Oliver Lück has been writing columns for daily newspapers, magazines and Spiegel Online for more than twenty years. He travels to the festival with a selection of 49 very special short stories in his luggage. The audience decides which of them he will read with a homemade lottery machine. 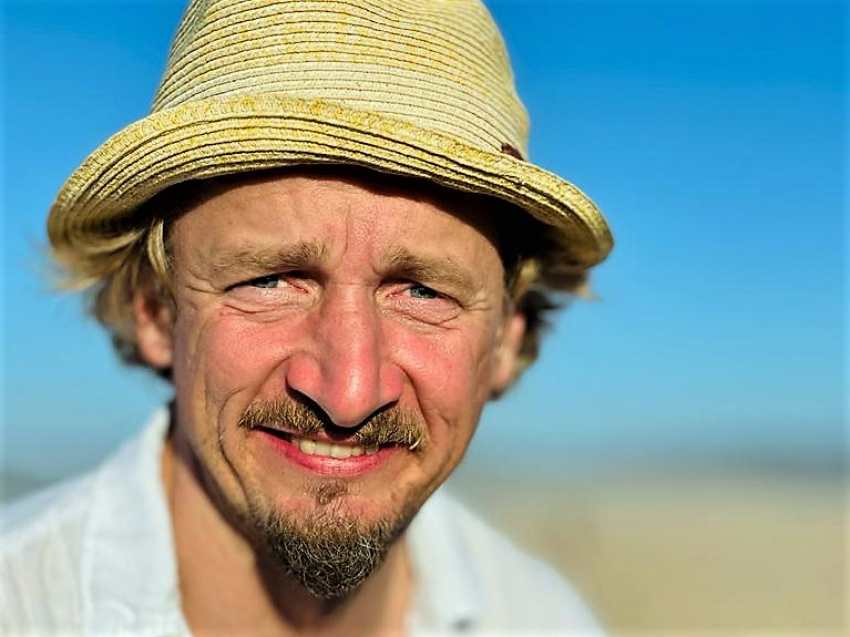