The concept of "musicians and bands for adults make children's music" has become a huge success in recent years. Finally there is children's music that also pleases the parents! Under this premise, it now goes with Karacho into the "ball pool"! The two Hamburg musicians Deniz Jaspersen and Ove Thomsen have contributed some great songs for the albums of the series "Under my bed", among others "Planet", "Was der Papa sagt" (Deniz) or "Lisa" (Ove). Now they have joined forces and deliver with Bällebad their joint debut album for the whole family.

Deniz & Ove depict the everyday life of children in a true-to-life way: Their songs are about being sick, about patchwork families or about crumbling. The sound is analogous to the lyrics, sometimes rocky, sometimes a bit quieter - but always guaranteed to catch your ear. The 14 songs penned by the two successful songwriters and indie musicians have the potential to land (secretly) on parents' turntables, too. This is contemporary children's music with smart lyrics for the whole family: funny, groovy, clever!
Deniz played in the indie band "Herrenmagazin" for many years and has been walking on solo paths for a few years now. Ove Thomsen was singer and guitarist of the band "Ove". 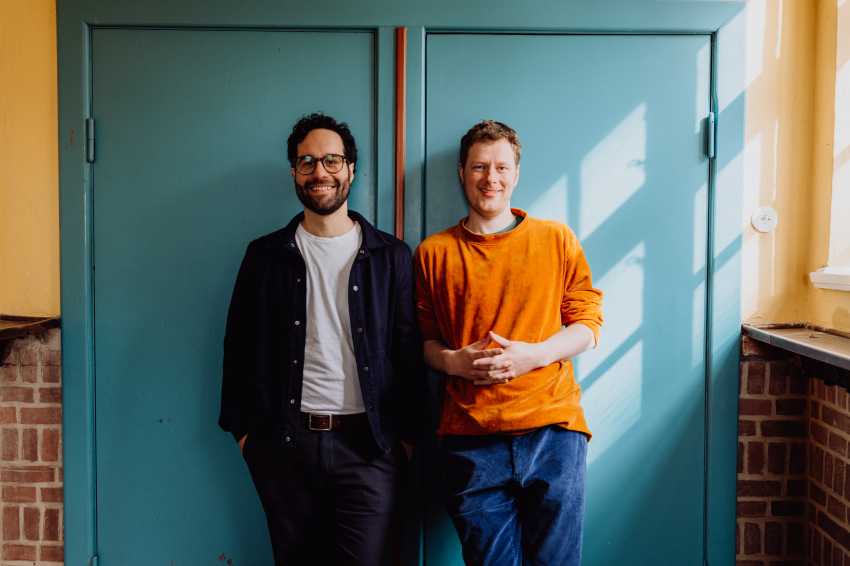