Only a few weeks until the turn of the year, but we are already in the late summer of 2023. 5 years NORDEN Festival, we will celebrate! We are very happy to present you the first artists for the anniversary edition today. As always with regional highlights and great surprises from the Northern European countries. You can look forward to it!

And so that we can escape the icy winter at least for a few minutes, we give you below a few memories of great days in late summer, of very special moments with friends and family - our NORDEN family. Be sure to check it out!

On the first festival weekend (August 24 - 27, 2023), the Danish sister duo PRISMA will be our guests at the Königswiesen. Having caught the attention of all of Scandinavia last year, it's time for them to shake up the NORDEN audience with their two-part vocals mixed with a minimalist production of loud guitars and electronic soundscapes. 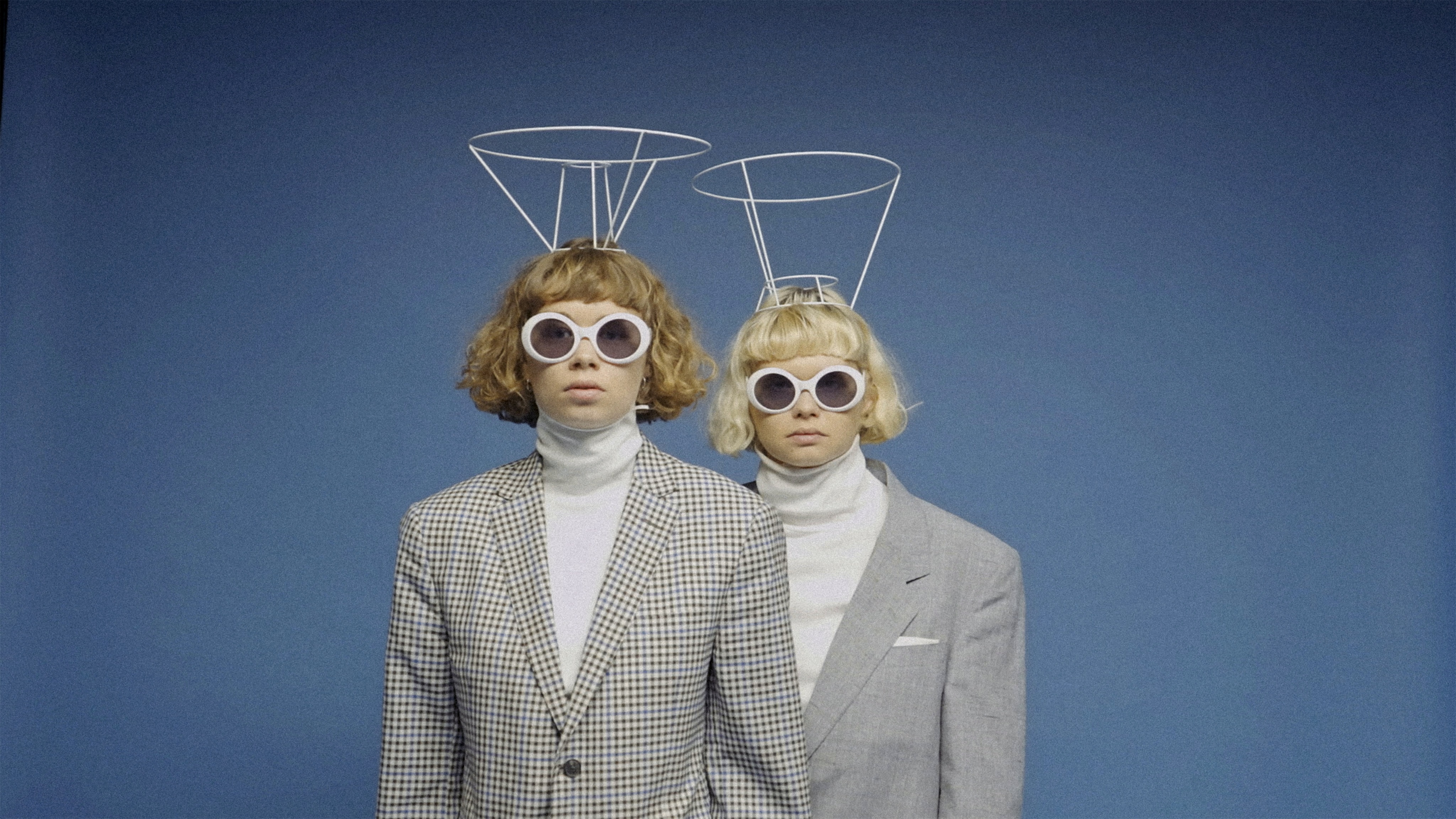 Another highlight from Denmark is the band TOTAL HIP REPLACEMENT & ANYANKOFO from Aarhus. With their wild mixture of jazz, afro-beat, reggae, soul and pop, connected by the ever-present brass section, they have already rocked several festivals in Northern Europe. The Hamburg musicians DENIZ & OVE will give a concert for children and parents on the first weekend of the festival. Finally, there is children's music that parents will also like! And on this premise, it's now off to the ball pool with Karacho!

The second festival weekend (August 31 - September 03, 2023) has a big surprise in store. With SVAVAR KNÚTUR from Iceland, a NORDEN artist of the first hour comes to the Königswiesen with new songs. He manages with ease and overflowing sympathy to enchant and carry away every audience from the first moment. He presents his songs in an extremely touching way and tells the most absurd stories and jokes in between. The band MAKE A MOVE features horns in tutus, bass and guitar pumping out the groove, and it's all pushed along by a rapping drummer in a bathing suit. Sounds over the top? It is. 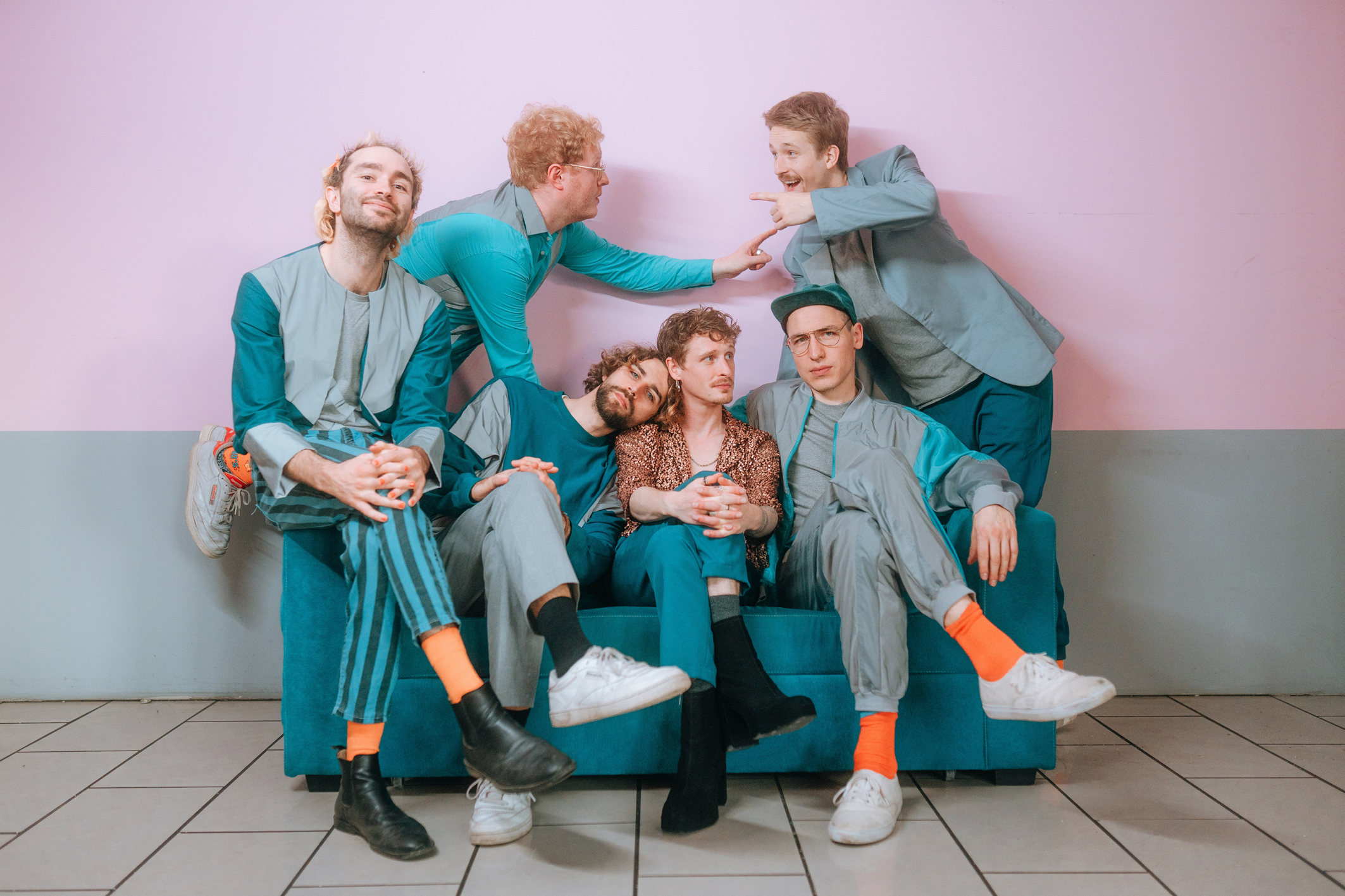 With M. BYRD we bring a great newcomer from Hamburg to Schleswig on the third festival weekend (07 - 10 September 2023). His timeless songs shine with a sense of strength, transport listeners* to the American West Coast and radiate melancholic future and euphoric youth. And when ANNIE CHOPS enters the stage with her cherry-red Flying-V guitar, it only takes a few moments for her to win over the entire audience. She doesn't need much more than her radiant personality, her extraordinary talent and her unique songs.


The festival's literature section also looks promising. For her new novel manuscript, JANINE ADOMEIT received the working scholarship of the Cultural Foundation of the State of Schleswig-Holstein. At the NORDEN Festival she will read from her first novel Vom Versuch, einen silbernen Eal zu fangen. STEFFEN TRUMPF writes in his novel Ellivu Freunde müsst ihr sein about the legendary passion for soccer on the Faroe Islands.
In his thriller Blizzard, ROBERT BRAACK writes grippingly about the snow disaster in December and January 1978/79 in northern Germany. An ice-cold planned robbery stirs up deadly passion. Author MONA HARRY will read from her book Mutproben on the first weekend of the festival. In the interactive reading for children, she asks "What is courage, anyway? What does it smell like? What color is courage and is the same thing courageous for everyone?"


Last but not least, in the field of street theater, we announce a real highlight. With their KOFFERZIRKUS, the artists will create a very special encounter on the first festival weekend. The combination of mimic theater, juggling and acrobatics creates poetic stories.


SUMMER・SUN・FESTIVAL
Do you also long for that unique, magical feeling on the King's Meadows when we celebrate the NORTH together in bright sunshine? In this cold and dark season we give you memories of great days in late summer, of very special moments with friends and family - our NORDEN family.
Be sure to check out the film from our partner KAIPS Marketing!


We wish you all a wonderful holiday season and a great start into the new year! We can't wait to celebrate with you again,

The Angeliter Open Air and the NORDEN Festival now provide the extra portion of festival anticipation. With a diverse cultural program on the Dreiseitenhof in Taarstedt as well as the Schleswiger Königswiesen, festival lovers will get their money's worth in August and September.
NORDEN Festival 2023 // First artists
Only a few weeks until the turn of the year, but we are already in the late summer of 2023. 5 years NORDEN Festival, we will celebrate! We are very happy to present you the first artists for the anniversary edition today. As always with regional highlights and great surprises from the Northern European countries. You can look forward to it!
Tickets NORDEN 2023
From now on you can find a limited number of festival passes for all 12 festival days in Print @ Home format in the NORDEN online store. For the upcoming NORDEN we offer for the first time family festival passes in addition to the regular festival passes. These are exclusively available in the NORDEN online store. In addition, you can also get weekend tickets for individuals and families online. Day tickets will be available in spring 2023.
This was NORDEN 2022
Great concerts, enthusiastic visitors, exciting readings and completely new topics - and twelve days of almost nothing but good weather: The NORDEN Festival looks back on an all-around successful fourth edition on the Königswiesen! 35,000 visitors came to the idyllic festival site on the Schlei during the twelve days of the festival. Far more than in 2021.
Note weather situation 3rd festival weekend
After two great festival weekends with bright sunshine on the Königswiesen, we have to expect rain showers this Thursday. Therefore, the performances will be moved from the Manege im Park to other venues. This concerns Thursday. From Friday, all performances should be able to take place.
PRESALE START 07 SEPTEMBER
On Wednesday, September 07, 2022, you can buy 1,000 limited Early Bird tickets for the NORDEN - The Nordic Arts Festival 2023 exclusively at the bookstore Liesegang in Schleswig. In addition, 500 limited Early Bird tickets will be available for 89 € plus advance booking fees (reduced 79 € plus advance booking fees) in the NORDEN online store. A maximum of four tickets per person will be sold. Reservations are not possible.

Tickets at the regular price will be available in the online store after this year's NORDEN Festival.
Panel discussions at NORDEN
Last Sunday the first panel discussion in the context of NORDPOP22 took place. Frank Spilker (singer Die Sterne) talked with Nina Müller (singer WIM) and Frehn Havel (Konzertdirektion Karsten Jahnke) about the effects of the Corona Pandemic on the music industry and faced the question: What's next for the music industry?

On Thursday, September 01, another panel discussion around accessibility at festivals will follow at 6:15 pm in the Atrium. Moderated by Caro Schwarz (Musikspots), the accessibility officer of the NORDEN Festival, Philine Burmeister, will talk with Mirko and Lucas of the band Bitte Lächeln about the possibilities to make festivals and music events much more inclusive.
Note ticket sales
At the Königswiesen we have a box office open for you every day, where you can purchase tickets for all event days. There are no tickets available in the NORDEN online store for the current event day.
Summer of CoCreation
EVENT TIP
05.09. - 07.09. Königswiesen, Schleswig

At the Summer of CoCreation you can expect a diverse program around topics of digitalization in the city of Flensburg and the districts of Nordfriesland and Schleswig-Flensburg, which want to become the Smart Border Region between the Seas. A central component is the presentation of projects and prototypes that are being developed jointly - i.e. co-creatively - by actors from the region. These first "plietsche" implementation ideas from different subject areas from public services to open data should make the region fit for the present and the future. All visitors are invited to get to know these first implementation projects and to give feedback and suggestions on the project ideas to the developers on site.
The countdown is on
Only 1 month until NORDEN - The Nordic Arts Festival 2022

Soon it will be colorful on the Königswiesen! Full of anticipation, we are currently in the final preparations for this year's NORDEN - The Nordic Arts Festival and will start setting up at the Baltic Sea Fjord Schlei in just a few weeks. We can hardly wait to celebrate together with you!
You can look forward to more than 400 artists from 10 northern European countries, numerous workshops and sports activities for the whole family. You can find the entire program here in the overview or in the festival app.